“On the commercial side, a lot of times when I move companies into a new building, the employees dress better, morale goes up, people just feel a sense of pride,” Barsamian continued. “This is like 10 times that. For someone who’s coming out of South Central L.A. where they heard gunshots every night, and they have little kids, or they’re immigrants — their sense of pride in their home, it’s off the hook.” San Gabriel Valley’s affiliate of Habitat for Humanity covers more than 400 square miles and encompasses 31 communities.

Currently, nine new bungalow homes are being constructed as a part of the Desiderio project in Pasadena. There also are plans for six new townhouses to be built on Lomita Avenue in Glendale as well as another project on Manzanita Avenue in Pasadena.
And when Habitat identifies homeowners for those locations, they’ll receive lessons on how to repair and maintain the property, how a Homeowners Association works, and other knowledge that will help them make the most of their new and improved living situation.  Barsamian has assisted on several home builds (“I love that, absolutely!”) But the 22-year LCF resident has contributed in other major ways since he joined the board six years ago and fell in love with the organization and its mission.

“I’m in community development and although people don’t realize it, Habitat is really a development company,” Barsamian said. “People think they give away the homes, which they don’t. They sell them, and it’s actually a very complicated transaction because we’re under federal guidelines and the people we sell homes to have to fit in this little box. It’s very complex and also acquiring land is a big deal, so years ago I thought, ‘OK, I do this for the for-profit world, and now I can really apply my knowledge for a charitable organization.’”

It takes people like Barsamian to step up and contribute, said Frances Hardy, director of resource development for San Gabriel Valley Habitat.
“There isn’t [a lot of land available], so that is why having people like Greg, who have expertise in real estate, is so helpful,” Hardy said. “Habitat really believes that we accomplish our work thanks to our partnerships. What’s so beautiful about Habitat is it brings together people from every walk of life and every background, from different faiths and socioeconomic backgrounds and demographics, to create community.”  The challenge — from the perspective of a commercial real estate broker such as Barsamian — is keeping it going.

“There’s a surplus of land in lots of parts of the country, but in Southern California, not as much. If you’re out in the Inland Empire, there might be 20 acres of vacant land, but we don’t have that in our environment,” said Barsamian, adding that the organization has been fortunate to often acquire properties in ways that make financial sense for a nonprofit.
“We’ve had some people who’ve inherited properties and support the charity, or who give us properties as part of their estate planning when they pass away. We’ve even had Chase Bank donate an apartment building in Pasadena, which we fixed up and sold to investors so we have money to keep it going.”

And still, even with donated land and volunteer labor, it’s costly to build a Habitat home. Usually, they run in the low $300,000 range, said Barsamian, attributing the steep expense to fees for construction and permits.

“In Southern California, it costs a lot to build a home,” he said. “So a lot of the homes we end up selling, we end up selling at prices less than it was for Habitat to build it.  “So,” he added, “we really, really rely heavily on donations to offset the costs.”

Donations help, and so does smart shopping. To help pay staffing overhead so all of the organization’s donations go directly to creating housing, Habitat operates a pair of home improvement stores and donation centers, called ReStores, in the region, including one at 5201 W. San Fernando Road in L.A., near Glendale.

The ReStores stock household items ranging from cabinets and household appliances to lights and patio furniture. Sometimes those items are new, sometimes they’re refurbished and they’re always discounted at least 40%. “Last year, we had a residential developer from San Francisco who was building a huge apartment complex, and somehow the cabinets that were delivered were the wrong color — so we had seven truckloads of brand-new cabinetry,” Barsamian said.
“Part of what I’m doing is outreach to contractors and builders, because if you’re remodeling your house in Glendale and you’re blowing out all your windows and doors and cabinets, we’ll come pick them up from the job site. There’s a big green movement. We don’t want to fill up all our landfills, so it helps everybody.”

Barsamian, who also serves as a member of the Glendale Kiwanis and the Glendale Chamber of Commerce, said he appreciates the opportunity to give back to the community in which he’s so enjoyed working and living, having raised three daughters with his wife, Karen.
“We really do build neighborhoods at Habitat,” Barsamian said. “I just personally enjoy seeing the personal commitment. This isn’t just someone walking up and putting money down, picking a house and buying it. You’re really creating relationships and it’s something that’s so impactful.”

SUPPORT SGV
HABITAT OF HUMANITY
What: #GivingTuesday, a global day dedicated to giving back in response to Black Friday and Cyber Monday, reminding the public that the spirit of the holiday giving season should be about community and not just consumerism.
When: Tuesday, Nov. 28.
Who: San Gabriel Valley Habitat of Humanity, which states that for $25, a family can receive a bundle of roof shingles, and for $100, a kitchen sink.
Donate: sgvhabitat.org/donate. 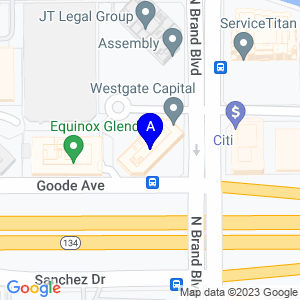